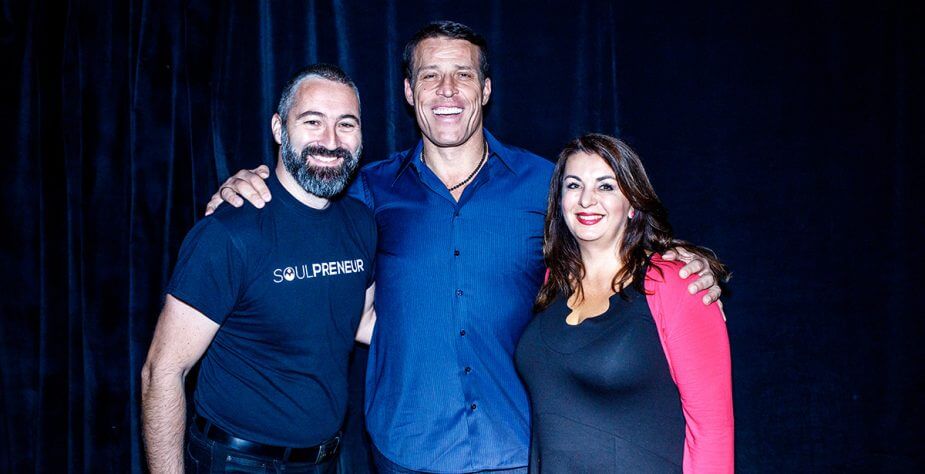 People often tell me how they can’t begin with the education because… and then they start lining up the excuses, and the time and money are standard: ‘I can’t seem to organize myself right now, I really don’t have the time’ or ‘My finances are the problem, I can’t afford it right now’, ‘I’m going to go next year, for sure’, and there are even more creative excuses, but rarely… That’s when I usually tell them that right now isn’t the right time for them, because they have already prepared an excuse, and when the time comes, they will find a way. Because everything happens when the time is right or it never really happens and that is okay! But still the question remains, how many years of our lives do those excuses cost us and how many years can we save up if we start looking for a way right this moment? Because the most common and the strongest impression that people who come to my education have is: If I had only known this before! 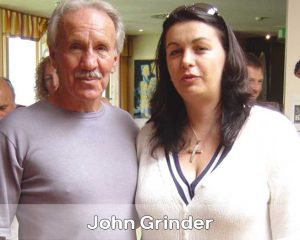 The first book that I have read about the NLP in 2000 was, so to say, an NLP textbook written by Tony Robbins. That was the book I was reading while getting my NLP Business Practitioner education that had left a huge impression on me. Then my life had started changing with the education, day after day. First, I had achieved amazing results in sales, then I had become the sales manager, then, a few years after that I had plucked up the courage to quit my job and come to Serbia where I had become an entrepreneur, and the rest is history that is already known to all of you… The thing I was most sure of from the first day is that I was on the right path.

That is when I had gotten an enormous wish to meet Tony, but when he makes an event, 15 – 20 thousand people arrive and that was a bit too much for me. That’s why I had thought, that if there was ever a chance for a smaller gathering, I would want to be there, no matter how much it cost. And in 2010 I had seen a commercial where it stated that Tony Robbins was organizing a six-day-long education on Fiji Islands, with 250 company owners from all over the world and I had immediately applied. Very soon somebody from his team had called me and after they had told me the cost of that investment – 10 thousand dollars plus the cost of the trip and staying on the Fiji islands, I was so shocked with the price that I had said that it was all too much and that I couldn’t afford it and the kind voice on the other line said: ‘If this is too much for you then it means that this still isn’t for you…’ and I had stayed in that mild shock for years, even though I was still admiring his work, while working on my education on various fields and destinations, with various world’s top experts and Tony’s lecturers as well.

But, a couple of weeks before that I had gotten and e-mail where they had invited me to apply once again and I had found out that in the meantime it had become the most phenomenal program for education on the planet and that at the moment it was accepting 500 chosen companies.

I had read the impressions of people I had already known that had went there and they had said all the best things about the gathering with Tony, that lasts for six days and all the most interesting entrepreneurs show up, millioners from all over the world… Some of them might even be known to you, like Tim Ferris – 4 Hours Week, Vishen Lakhiani the founder of Mindvelly, Tony Hsieh Zappos, Michael Hyatt, and many others… At the time I had made a decision that maybe it was the right time for me to apply all over again, even though it had crossed my mind that this time it might cost me even more. I had filled the application, they had called me the next day and everything was going the way it was supposed to, after a couple of meetings with his team and filling in a couple of forms and tests, I had gotten the confirmation that I was accepted and that as a successful trainer and a coach I had a privileged diamond seating in West Palm Beach, Florida, USA. I had decided that I was going to invest in that as well, because no matter how much it cost, it was nothing compared to what I had already invested.

My journey had begun in 2000 and had developed in a certain way… I’m apologizing to you in advance if I miss out on something because there are many educations that I have been to, but these are the ones I remember and I had invested time and money in them. And all of these were live trainings and I was present every single day and I was working on myself and learning and developing with the support of top experts and other trainees: 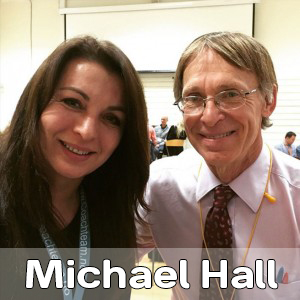 The ones that I managed to remember and that ocurred all over the world are over 200 days of live trainings, which is over 2000 hours of education and the investment of more than 135 000 euros. I personally don’t know anybody else that has invested such time and money in travelling around the world and collecting the knowledge in this subject. I don’t even want to mention the books that I have read and the online courses that I had listened to, because there are many more of those. There are a few more educations that I had the chance to go through as the organizer, because I’ve been welcoming to Belgrade the best coaches from all over the world for the past couple of years, and that is how I have probably listened to an extra 2000 hours worth of education. 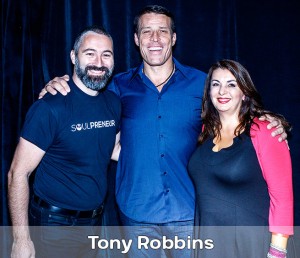 Let’s get back to the Business Mastery with Tony Robbins: in the mail I had received a package that was welcoming me to the upcoming event, the preparation that required 18 hours worth of CDs and books to read and fill in and what not, all that was extremely useful. Besides that, I am going through individual personal coaching with the members of his team over Skype and by now I can say that I have learned a lot just with this process of preparation… Now I am extremely sorry that 6 years ago I had come up with an excuse, and not a way, because now I know that I could’ve found it if I was only to look for it. Those are the 6 years of my life and my business in which those things that I didn’t know cost me much more than anything else! I wonder what are all the things that I had missed out on in the last 6 years just because I hadn’t payed up front, because before I went to the training, I had learned so much just from the process of preparation and now I’m realizing that I have payed the price that was way too high because for the last 6 years I didn’t know any of this and I wasn’t applying it in my work. And the things I had learned in those 10 days of Business Mastery 1 and 2 are priceless. But, there is also something good in that too, because it taught me to understand when people find a ‘good excuse’ to sabotage themselves and their progress and development or pause it for some time. But, I often feel sorry for them and I get tempted to ask them are they even aware of the price they’re paying for postponing the education? But I don’t, because then people get angry at me, so it’s smarter to just politely tell them: ‘If you don’t have the money right now, or the time, maybe this still isn’t for you…’ Because I am a nerd, and that is how I learned to do it from the best in the world!

Best wishes, from the heart,